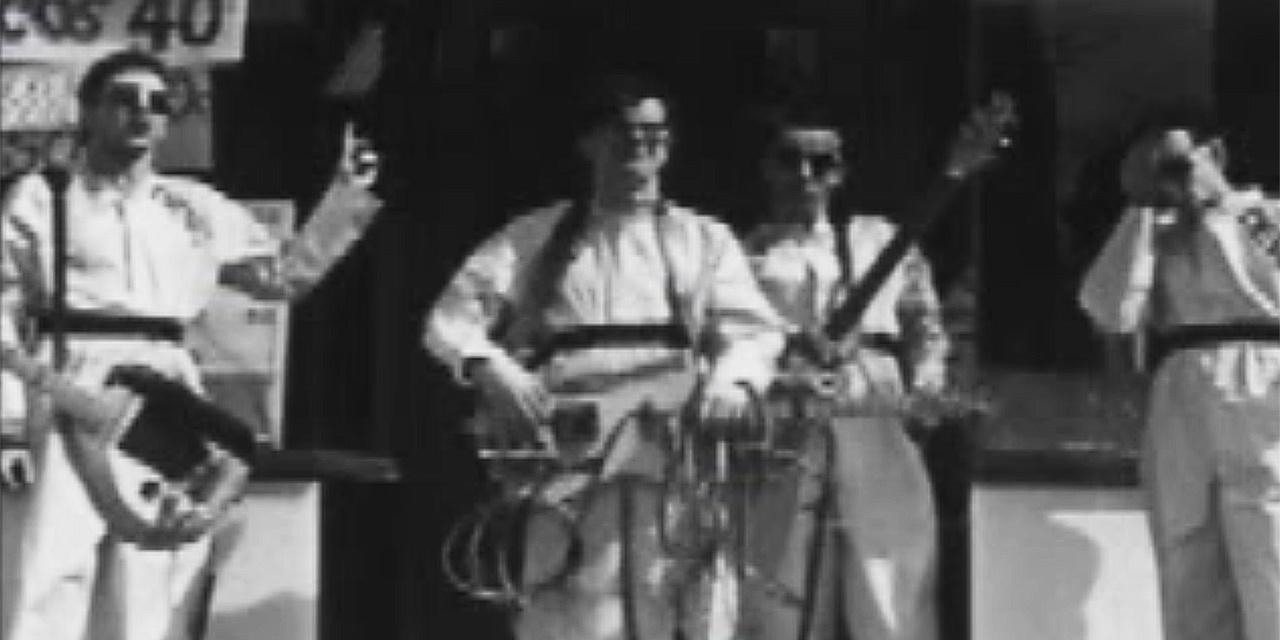 It’s Everything, and Then It’s Gone

In the early 1970s, rubber was still king in Akron, Ohio. But just a few short years later, Akron’s most important product was, ever so briefly, music. In the mid-1970s, a group of local bands took over an old rubber workers’ hang-out in downtown Akron called The Crypt and created a mix of punk and art rock that came to be known as “the Akron Sound.” And for a while, it was almost “the next big thing.” Almost.

IT’S EVERYTHING AND THEN IT’S GONE, a PBS Western Reserve production written and directed by Phil Hoffman., takes viewers back to a time when the music really did mean everything. And for the men and women in these local bands, it was a way out of the factory.

“This is the story of those people, many of them children of rubber workers, who rode to the crest of the new wave and what happened to them after the attention turned away from Akron and away from them,” explains Hoffman in the opening of the documentary. Over the course of the hour-long program, Hoffman tells the story of bands like Devo, The Numbers Band, The Bizarros, The Rubber City Rebels, Tin Huey and The Waitresses and their flirtation with rock stardom.

The story of “the Akron Sound” and IT’S EVERYTHING AND THEN IT’S GONE really begins in the college bars along Kent’s Water Street in the late 1960s and early 1970s. The rise of Kent-based Joe Walsh to national rock'n'roll fame created the feeling that local bands could “make it big” and inspired a movement of original music in groups like The Numbers Band, Devo, Tin Huey and others.

Many of these bands shifted to the Akron scene when The Rubber City Rebels acquired a bar called The Crypt from its previous owner in the midst of a rubber workers’ strike.

“Out of the misery of one of the longest rubber workers’ strikes in the city’s history, an unexpected gift would lead to the development of ‘the Akron Sound,’” says Hoffman.

The Crypt became a haven for the original music of bands such as Devo, Tin Huey, The Bizarros, The Rubber City Rebels and others, explains David Giffels, Beacon Journal columnist and co-author of Are We Not Men?, based on the Akron music movement. The Crypt was modeled after the New York nightclub CBGB’s, home to the then-new sound of bands such as Talking Heads, Television and The Ramones.

Buzz about Akron’s music scene began to grow. The local music movement came to the attention of a British music journalist; soon, the spotlight zoomed in on Akron and record label scouts descended on the city. “None of [the band members] could guess ... that an off-hand comment about Akron by one of their friends would set off a record industry feeding frenzy that would sweep them all up into the world of rock stardom,” says Hoffman. For a short time, it looked like “the Akron Sound” was going to be “the next big thing.” Between 1978 and 1980 nearly every one of the Akron bands would record and release their first major label record, including Devo, The Rubber City Rebels, Tin Huey and The Bizarros.

With the exception of Devo, success was short-lived. While some band members muse that a lack of record label support and promotion might have hindered their success, Meredith Rutledge of Cleveland’s Rock and Roll Hall of Fame speculates otherwise. “You can promote and publicize and tour a band ragged and if people aren't going to buy it, they're not going to buy it,” she explains. “The bands that didn’t sell well just didn’t fit into the taste of the record-buying public at that time.”

“Every one of these bands got plucked from Akron with great aspirations and almost every one of them tanked, except Devo” says Giffels. Devo, instead, became a national phenomenon with hits like “Whip It” and “Jocko Homo.”

The band members today, many of whom still live in northeast Ohio, have bittersweet memories of their flirtation with success. “Failure doesn't happen overnight," said Buzz Clic of The Rubber City Rebels. “I didn't realize we weren't going to sell records ... nobody heard of us ... It’s pretty disappointing to watch your whole band fall apart right in front of you. It’s everything, and then it’s gone.”

But the recollections aren’t all bad. “It was the most interesting time of my life,” Clic reflects later. “It gave me a lot of great memories and a lot of great stories to tell.” That story is told in IT’S EVERYTHING AND THEN IT’S GONE.