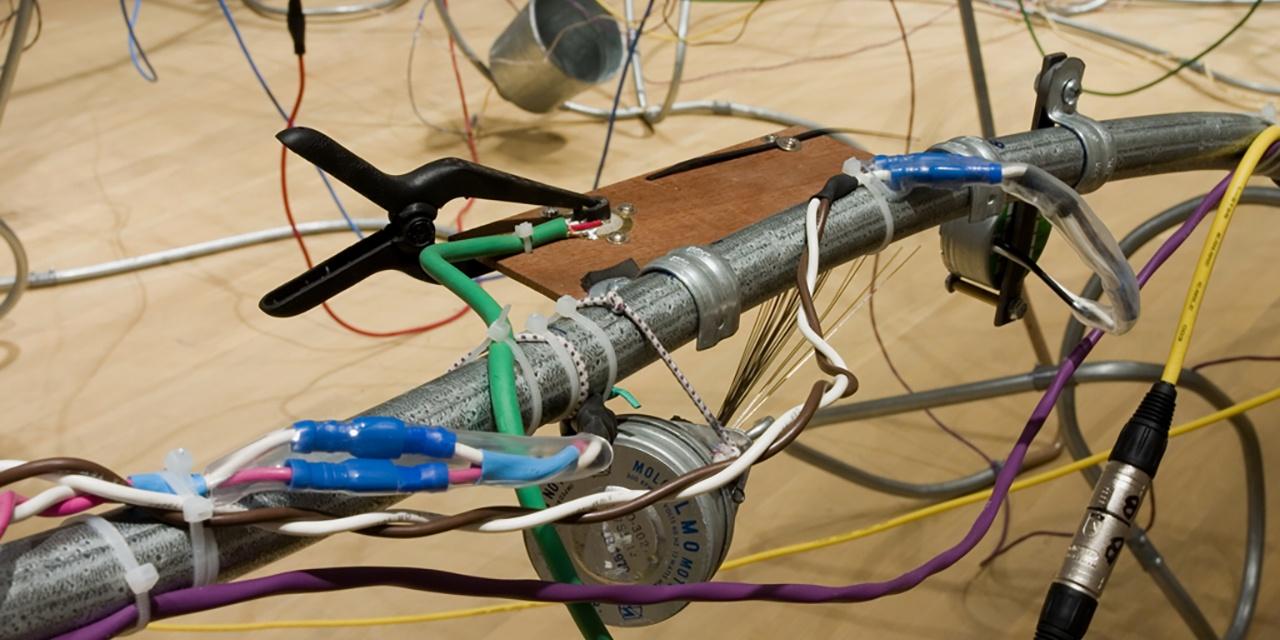 What do you get when you combine art, music and invention with humor, energy and ingenuity?

If you are Montreal’s Jean-Pierre Gauthier, you create complex sculptures that are enticing as both art and a riveting multisensory experience. Whether he uses electric wires and pipe fittings or a piano and microphones, Gauthier transforms everyday objects into moving, singing, almost-breathing organisms.

When Gauthier and his exhibit came to the Akron Art Museum in mid-September 2008, PBS Western Reserve was there to document the exhibit’s installation. As part of the half-hour special, NEWSNIGHT AKRON panelist Jody Miller interviewed Gauthier about his unique vision of art, sound, motion and space.

Funding for JEAN-PIERRE GAUTHIER: MACHINES AT PLAY was provided by Summa Foundation.