Dean Mitchell at the Canton Museum of Art

PBS Western Reserve showcases the work of award-winning artist Dean Mitchell with a half-hour program spotlighting his current exhibition at the Canton Museum of Art. “Dean Mitchell: Space, People and Places” is on display through March 6, 2011.

Mitchell’s talent is gaining recognition nationwide, with work that has been compared to such American masters as Andrew Wyeth and Winslow Homer. His vibrant images entice people into a world where emotion is subtly painted and life is lovingly expressed.

“One doesn’t merely look at a Dean Mitchell painting; one feels it and is drawn into it, and the impression lingers in the memory long afterward,” said M.J. Albacete, executive director, Canton Museum of Art. “That is the greatness of his art.”

Albacete guides viewers through the role that CMA played in securing this exhibition, which also marks the museum’s 75th anniversary.

DEAN MITCHELL AT THE CANTON MUSEUM OF ART explores Mitchell’s journey from poverty to acclaim as he tells the story of how his memories and heritage give life and dignity to his work.

“My work is not about color; it’s about life,” he said. “Emotions are universal, no matter what color the skin.”

The program also takes viewers to the gala opening festivities at a Jazz Night Event, watching as the public gets a chance to meet Mitchell and see his extraordinary work. 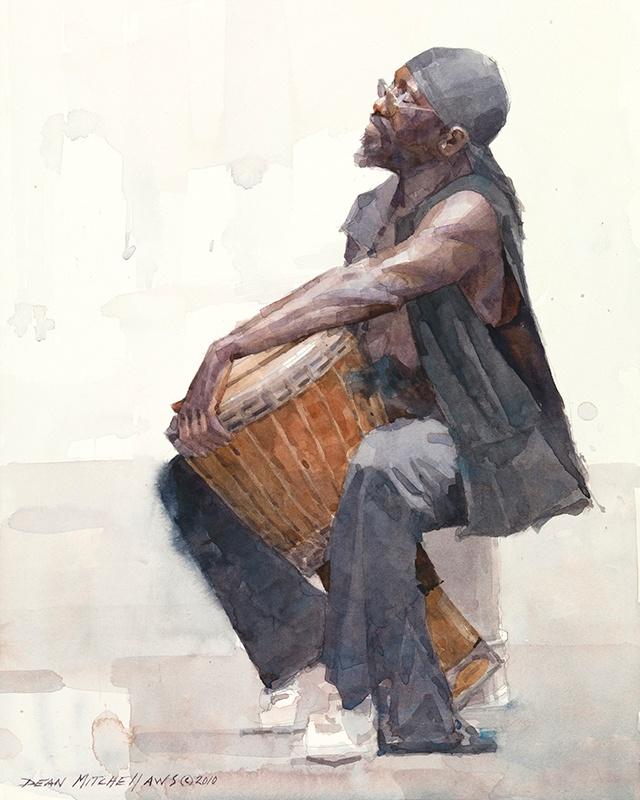