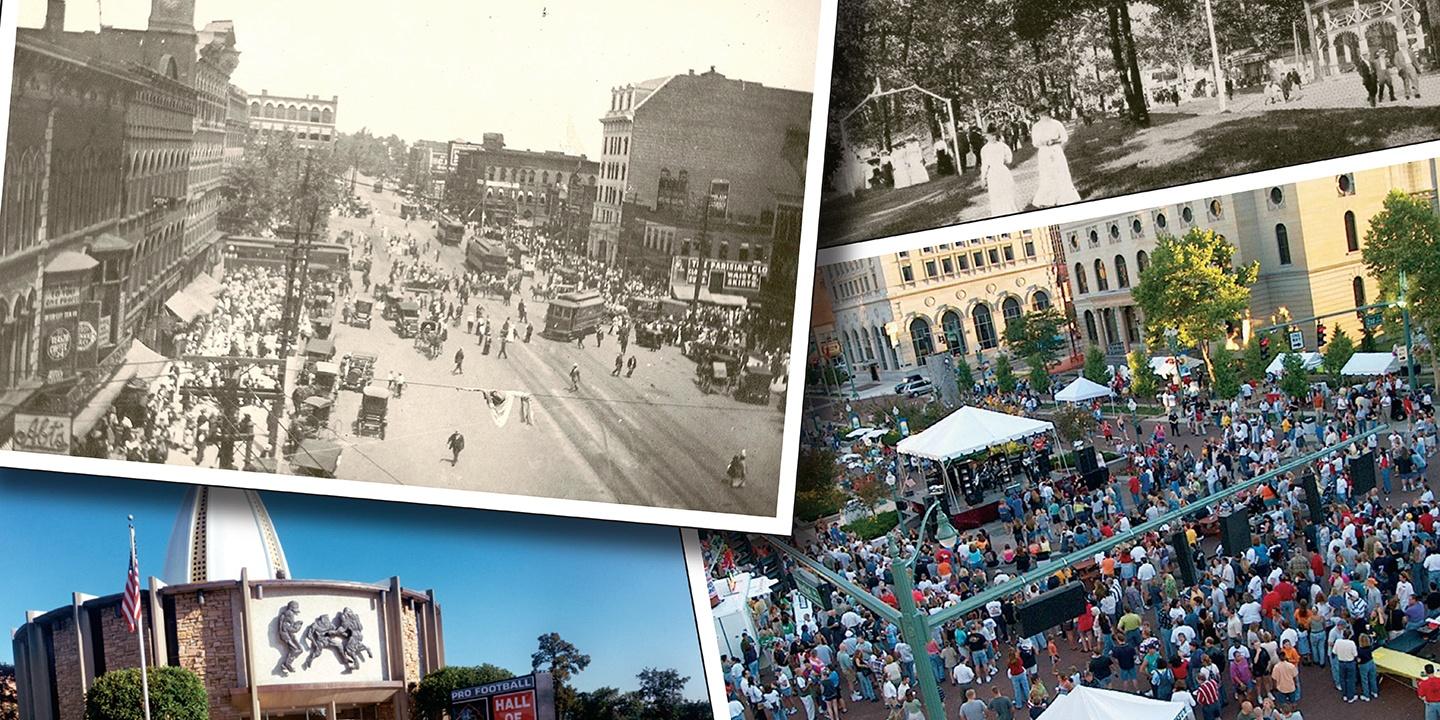 As Stark County celebrates its bicentennial in 2009, PBS Western Reserve takes a look at its past, present and future in STARK CONTRAST: A HISTORY OF STARK COUNTY. The 60-minute documentary traces the county’s story from its geological roots to the people and enterprises that thrive there today.

To tell the region’s story, STARK CONTRAST: A HISTORY OF STARK COUNTY looks at the land itself, Stark County’s early settlers and communities, industrial development and educational and cultural institutions. It also follows two groups of residents, representing the county’s older and younger generations. All of their stories are interspersed with expert interviews, narration and video footage to bring the history of Stark County to life.

The program explores the early development of Canton, the county’s largest city, and other cities and towns, including Alliance, Louisville, Minerva, Massillon, Brewster, East Canton, Waynesburg and East Sparta. It also talks of the early 19th century industrial boom, heralded by the building of canals and then railroads. Manufacturers including the Timken Co., the Hoover Company, Dueber-Hampden Watch Co. and Republic Steel Corp. all established in the late 19th and early 20th centuries, set up shop and would eventually employ thousands of people.

Through the wealth generated in the industrial boom, philanthropy allowed the arts and education to thrive. The production looks at the county’s five colleges and universities and cultural organizations including the Canton Museum of Art, Massillon Museum, McKinley Presidential Library & Museum, National First Ladies’ Library, Canton Ballet, the Canton Symphony Orchestra and more. STARK CONTRAST: A HISTORY OF STARK COUNTY also focuses on a few of the area’s wonderful diversions, past and present—the age-old McKinley-Massillon football rivalry, Meyers Lake, Taggart’s Ice Cream Parlor and the Moonlight Ballr

Residents Featured in STARK CONTRAST: A HISTORY OF STARK COUNTY

An integral feature of PBS Western Reserve’s STARK CONTRAST: A HISTORY OF STARK COUNTY is the inclusion of insights from community members representing both older and younger generations. Offering comment are the following residents: